Public event on Schools at the Teatro India

The Educational City Map, promoted by the City of Rome, will be presented at the “Rome Open School. Educational City” event for school administrators, teachers, institutions and citizens in general. The event will be held on Thursday, October 27 at the Teatro India (Lungotevere Vittorio Gassman 1). Participants include Mayor  Roberto Gualtieri, School, Education and Labour Councillor Claudia Pratelli, and Culture Councillor Miguel Gotor.

The Map catalogues the 131 different educational proposals, including the activities organised by the Fondazione Mondo Digitale, as part of a range of projects, such as Smart & Heart Rome, promoted with the City of Rome.

The event will also serve as an opportunity for a debate amongst school administrators, teachers and project coordinators on the content and objectives of the various proposals. 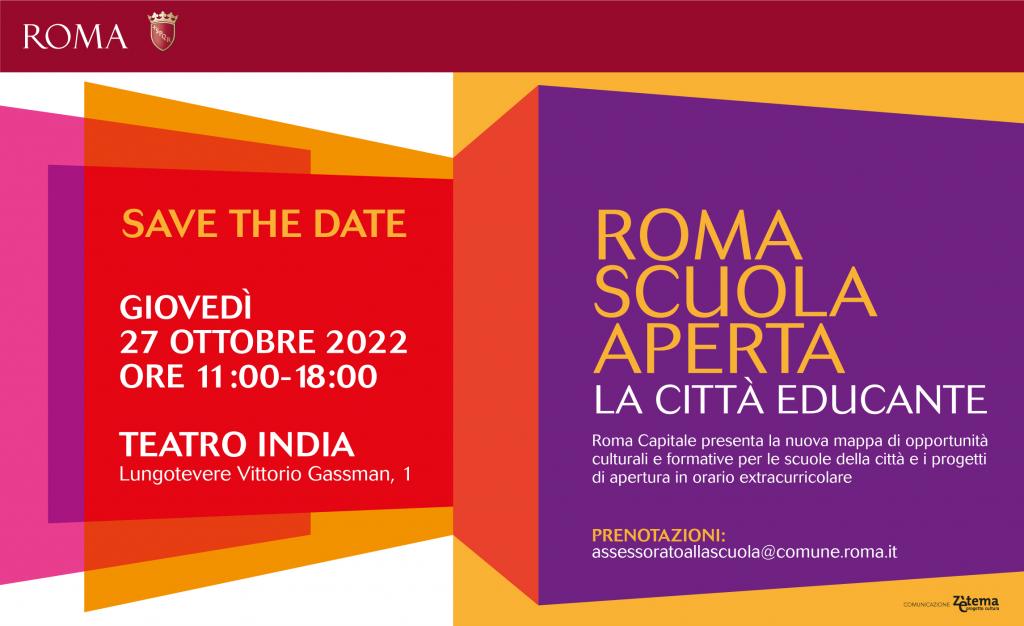 Connected with the Rome Di Vittorio-LattanzioSchool