Presentation of the results of Project Open Space in Schools

ROME – What would schools drawn by students look like? More coloured, greener and more technological. A dream that has become reality thanks to Project Open Space, and the transformation of schools into open and inclusive educational spaces. The results of the project, which over the course of four years has involved 4000 young students aged 11-17 with 27 partners and a total investment of 3.2 million euro, were presented today in Rome at the Industrie Fluviali.

Project OpenSPACE: Spaces for Active Participation of the Educational Community has tested an integrated model to contrast educational equality in four Italian cities (Milan, Bari, Reggio Calabria and Palermo) by improving access to inclusive quality education for preadolescents and adolescents, particularly those from families with problems. The project was selected by social enterprise “Con i Bambini” for the Fund to Contrast Educational Poverty.

“Schools are orientation environments in which we accompany our children in the development of their talents,” pointed out Education Minister Patrizio Bianchi, who participated in the final conference. “Orientation allows us to guide our children to discover themselves, understand their inclinations and build their roots.” Indeed, Open Space focused its activities on places that became the unifying narration for the project: places for aggregation, listening and participation. “Thanks to the Open Space Model, the students were able to perceive school as a space for shared relations,” explained Fabrizio Fiaschini from Federgat. “Open is not just a title, but the synthesis of an operative model that places school at the centre as a vital space for growth, an open, hybrid space that allows dialogue both with the inside and the outside, a public space. Open Space has represented a bridge towards communities for a renewed call to action against school dropout rates. We must make the students the authors of their own lives, and capable of supporting each other.”

It’s a project that has become a true programme to relaunch entire areas, as ActionAid Deputy Secretary General Katia Scannavini explains to the Dire News Agency. “This project has allowed us not only to contrast school dropout rates, but also to give a different visibility to actions contrasting educational inequalities. We worked intensely with the students, the school and the entire community, achieving great results,” the Deputy President explains. “We involved students, renewed school spaces and especially educate new citizens to change.”

Ilaria Graziano, from the Fondazione Mondo Digitale, one of the project partners, believes that investing in spaces, reinforcing teacher training and reviewing the way in which students are evaluated are the three main pillars on which to build tomorrow’s school and provide “an inclusive, quality education that will embrace new learning spaces such as coding labs, arts for murals, and theatre scripts.” Investing more in places means investing more in people.

Even Ludovico Ottolina, from the Student Union (UDS) agrees that “allowing students to actively participate in the renovation of schools’ educational spaces decreases school dropout rates and boosts the educational process, with an enabling approach.” Therefore, the UDS proposes that school hours should be extended, and students more actively involved in decisional processes with the objective of reducing school dropout rates, also through orientation activities.”

“Orientation activities must put school in touch with the third sector. Integral and permanent orientation, because talent is not only synonymous with excellence, but also with attitude and ability,” points out Alessandro Costanzo De Castro from Junior Achievement. “Open Space has contributed in various ways to this self-discovery.” “In fact, the project promoted a varied range of didactic activities, investing on work groups and student collaboration,” observes Luca Fanelli, Project Manager of Open Space. “Didactic activities must concentrate on individuals, an actively target the most fragile students.  Schools must become a local educational platform.” An objective that Fanelli believes can be achieved by investing in teacher training, new innovative school buildings and extended school hours, increasing co-decisional processes and the active participation of students, the true drivers of a school.

“Thanks to this project, students had the opportunity to participate actively, expressing their desires and seeing them satisfied,” explains Miriam Petruzzelli, a representative of the ICS Madre Teresa di Calcutta School. “This is one of the most encouraging results and drives us to work coherently and organically to achieve complex objectives that will drive the growth not only of schools, but of society in general.” 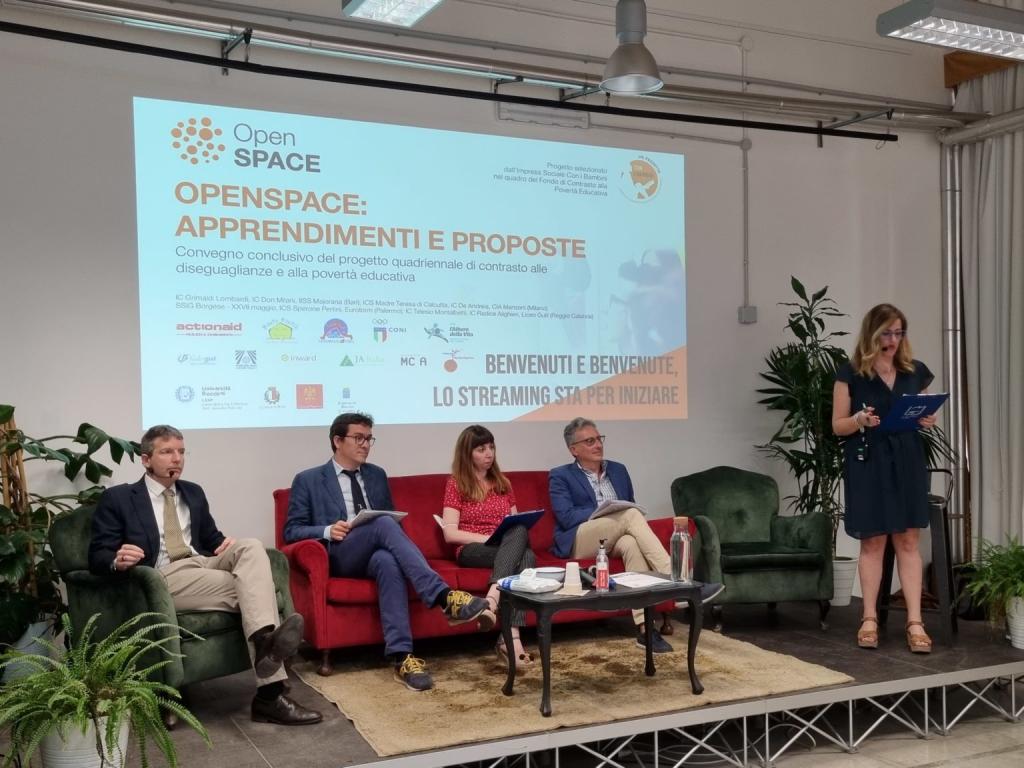 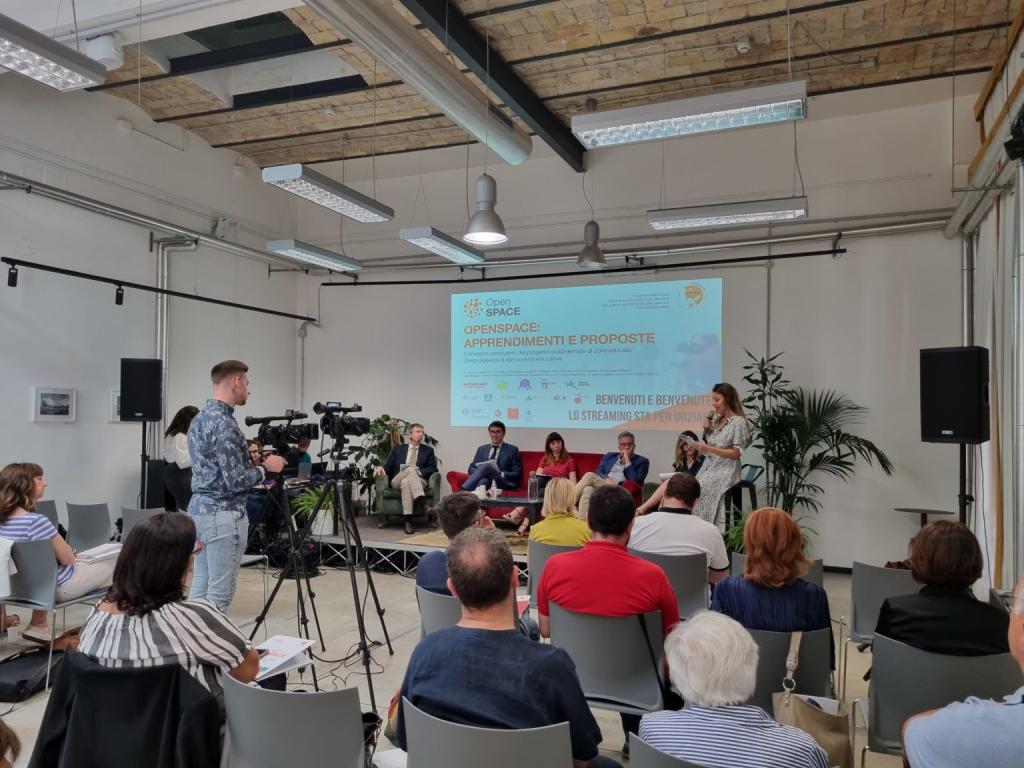 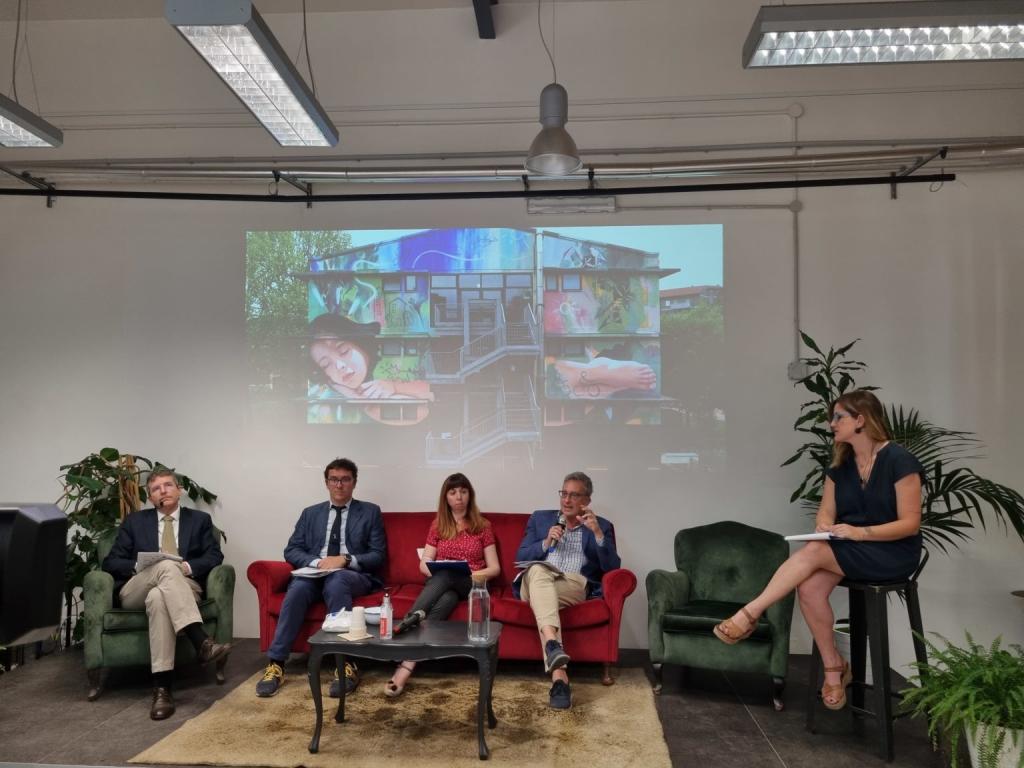 Francesco: Standard-bearer of the Republic

ChangeBot: A Challenge with Italgas